Consistently proving himself to be one of hip hop's hottest talents, Logic comes to Allstate Arena on Friday 15th November 2019 on the Confessions of a Dangerous Mind Tour! Young Sinatra will be performing from his recent smash hit album of the same name, which features some crazy high profile guest appearances from Eminem, Gucci Mane, G-Eazy, Will Smith, Wiz Khalifa, and DMV native YBN Cordae! Who knows what he'll be bringing out live! 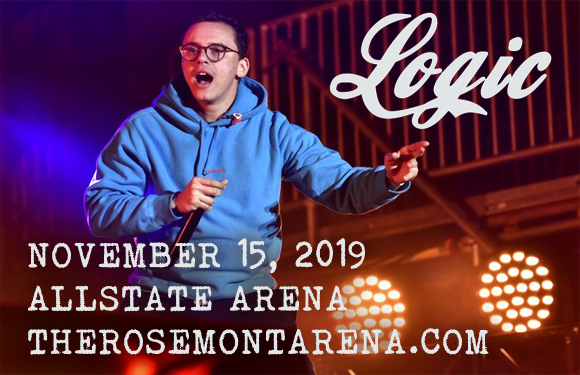 Logic first burst onto the rap scene in his native Maryland in 2009, under the name Psychological, aged only 16. He released his debut mixtape, Young, Broke and Infamous, the following year and changed his name to Logic. In 2013, Logic released Young Sinatra: Welcome to Forever, which served as his breakthrough and caught the attention of Def Jam Recordings, who signed him that year. 2014 saw the release of his debut studio album, Under Pressure, which was released to both critical and commercial success and debuted at number four on the Billboard 200. This year, Logic released his fifth studio album, Confessions of a Dangerous Mind, which debuted at number one on the US Billboard 200, making it Logic's third album to reach the top of the chart.