Celebrating the 30th anniversary of their 1988 hit album Hangin' Tough, New Kids On The Block are headed to Allstate Arena on Saturday 15th June 2019 on the Mixtape Tour! Fulfilling all your Blockhead needs with a hit-filled set-list of NKOTB songs new and old, the gang will also be bringing along special guests Salt N Pepa & Naughty by Nature in support for a side-steppin' trip down memory lane! 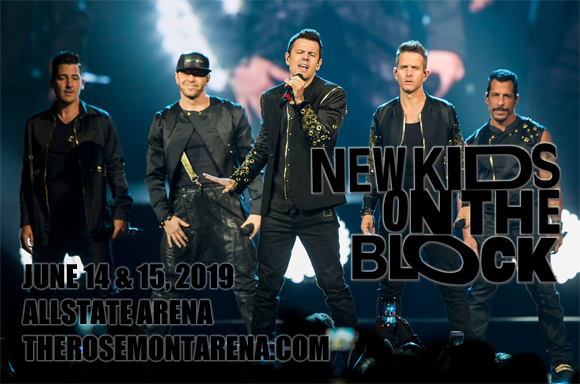 Bursting onto the scene in 1988 with the release of "Please Don't Go Girl", from the album Hangin' Tough, American pop group New Kids On The Block formed in Boston, Massachusetts in 1984. The single eventually climbed to No. 10 on Billboard's Hot 100 Singles Chart, becoming the group's first hit and the first of a record-breaking five consecutive top ten singles for the band. By the end of 1988, Hangin' Tough was at number one on the Billboard 200 Albums Chart and was certified eight-times platinum. The band's fame increased over the next two years and in 1990 the group won two American Music Awards: Favorite Pop/Rock Band, Duo, or Group and Favorite Pop/Rock Album. After releasing five albums together, the group disbanded in 1994, but after a hiatus that lasted over a decade, they secretly reunited in 2007. Over a year they covertly recorded a new album, releasing The Block in 2008. Since then, they have continued to tour and record together. The band was honored with a star on the Hollywood Walk of Fame in 2014.