Pepe Aguilar’s Jaripeo Sin Fronteras tour comes to Allstate Arena on Friday 30th September 2022. The unique, extraordinary music experience will begin on 7th August from Nashville and perform at several notable destinations before this final performance at the Allstate Arena. The 22 date trek is expected to feature sold-out performances, as fans love a good Latin music experience. Aguilar’s Sin Fronteras Tour has entertained fans since 2018 as his show combines several elements of Mexican music, bullfighting, dancing and a lot more. It is perfect for a family outing, as Aguilar is also accompanied by his family members. His children Angela and Leonardo are decorated artists of the industry themselves. Catch Pepe Aguilar, and his crew live at Allstate Arena for their final performance of the year on 30th September 2022. Get your tickets right now before they are sold out! 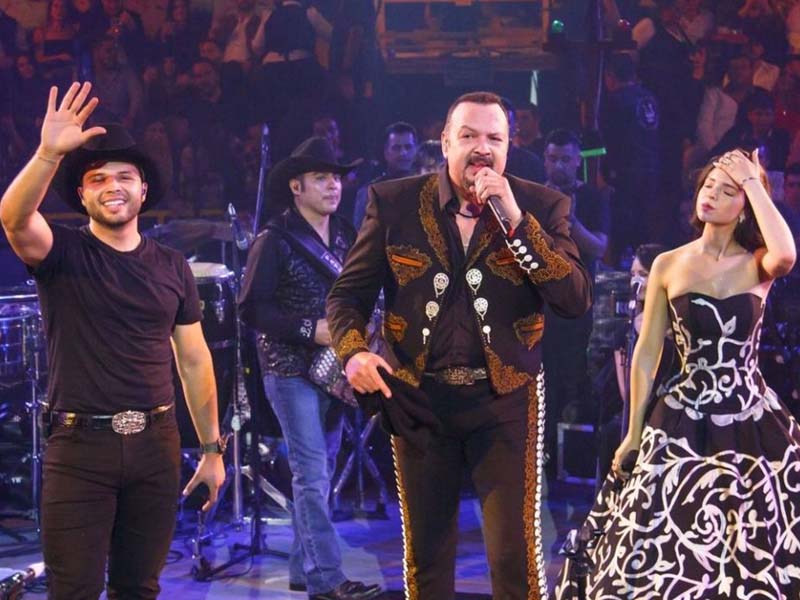 The Jaripeo Sin Fronteras tour has been immensely successful since it began around four years ago. People love the overall vibe of the event and how it combines several entertainment elements. Pepe Aguilar, one of the biggest Latin music stars, always delivers unforgettable musical performances alongside his family members. They include his brother Antonio Aguilar, his daughter and Latin Grammy nominee Angela Aguilar and his son Leonardo Aguilar. The band performs traditional jaripeo acts and there are more than 150 people on set, with around 40 stage musicians. This performance is a once-in-a-lifetime experience for many fans, who are always looking to come back every time Aguilar and his crew is back in North America.
The captivating music and the entertainment provided on stage cannot be compared to any show in the country. Considering such high-profile names perform like Pepe Aguilar and his other family members, it provides the best in Latin music as well. Aguilar has won 4 Grammy Awards, 5 Latin Awards and several other accolades during his musical career. The singer-songwriter’s unique idea of the Jaripeo Sin Fronteras Tour has certainly brought loads of entertainment to his fans, and they cannot wait for the upcoming performance. Get your tickets right now and catch Pepe Aguilar live at the Allstate Arena on 30th September 2022.