Scorpions have announced a farewell tour with Whitesnake and Thundermother as special guests. They will be performing at Allstate Arena on Thursday 1st September 2022 as part of the “Rock Believer” tour. Rock Believer is the band’s nineteenth studio album, released to critical acclaim in February this year. It has been a massive hit among rock music fans as the iconic Scorpions get ready to celebrate it with a North American trek. The trek kicks off on 21st August from Toronto, Canada. They are also bringing along rock music icons Whitesnake and Thundermother, making it a pretty exciting rock line-up. Catch the legendary German rock music outfit live in concert on 1st September at the famous Allstate Arena by getting your tickets right now! 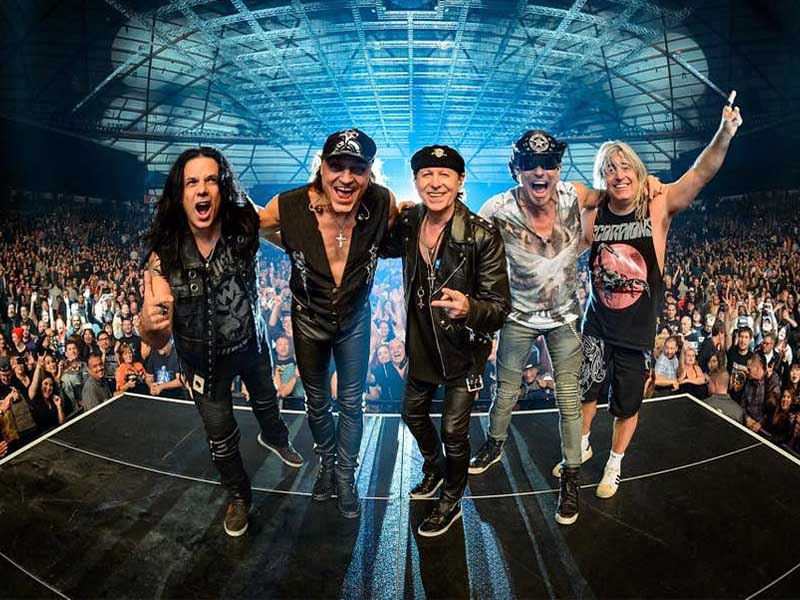 Scorpions are ready to light up the stages of North America with another tour. The band concluded their Las Vegas residency, “Sin City Nights,” in April and received an overwhelming response. However, that’s no surprise because they are one of the world's most successful rock music outfits, with a huge fan base in the U.S. The tour announcement has further added to the excitement of their fans as they cannot wait for the upcoming performances. To add to it, they are also bringing along English icons Whitesnake and the all-female Swedish band, Thundermother.
Scorpions’ latest album, Rock Believer, was their nineteenth studio release and one of their most successful ones. It contains tracks full of energy and electrifying music that will audiences stunned on the 2022 tour. The band celebrates a legacy of more than 50 years and has delivered breathtaking performances on some of the biggest stages in the world. As part of the 2022 tour, they will perform in some notable destinations such as Denver, Chicago, Toronto and more. You can also catch them live at the Allstate Arena on 1st September 2022. However, you need to get your tickets ASAP because the demand is high, and they could be gone very soon!