Hit Puerto Rican duo Wisin Y Wandel comes to Allstate Arena on Sunday, 23rd October 2022 as part of their “La Ultima Mision” final tour. The tour also celebrates the duo’s latest album, which will also be their last. Fans have a bitter-sweet feeling about this, as this will be the last time the duo will take on a headlining tour to North America. The tour kicks off on 30th September in Miami, FL, and wraps up on 2nd December in San Juan, PR. The tour includes some notable performances in San Diego, Sugarland, Irving, Montreal, Toronto, and many other destinations. Fans are looking forward to another stellar performance, something which the Reggaeton duo is known for. Catch them live on 23rd October 2022 by getting your tickets right now! 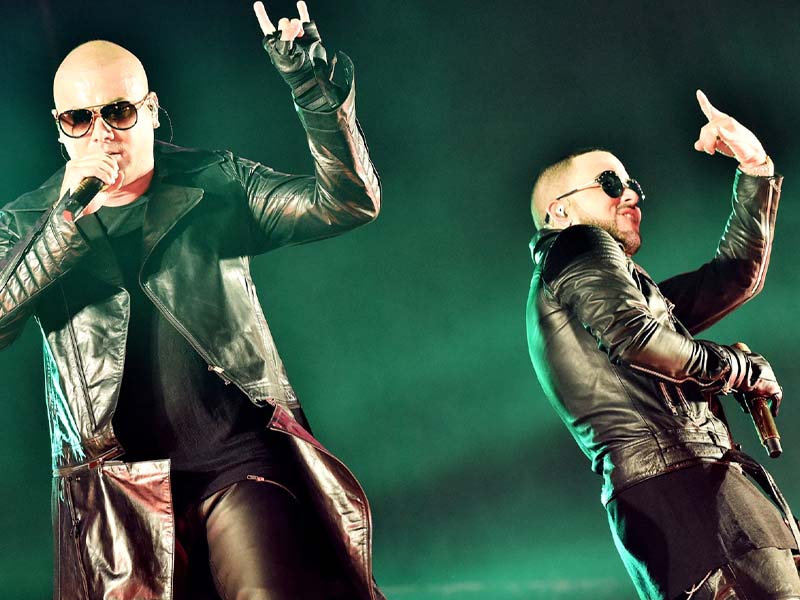 The upcoming tour of Wisin Y Wandel is truly going to be a special occasion. Fans have grown accustomed to seeing them on stage for nearly two decades now, and it will be hard to swallow to see them perform together for the last time. However, it also makes it extraordinary because just like always, the duo will be giving it their all to put up an incredible performance. The tour is named after their latest album, La Ultima Mision, a record that will celebrate 20 years of their career. The band released its second single, “No Se Olvida,” recently, and it became a superhit track among fans and music critics. The fans and media had anticipated it to be their last project, and they were correct!
The tour is going to be about the brand’s trajectory since its formation in the late 1990s. They have won several awards, including a Grammy in 2009, becoming the first reggaeton outfit to do so. In 2018, the band went on a massive world tour and sold more than 15 million records as part of their reunion since disbanding in 2013. They also have a great reputation for putting up amazing live performances and if you want to catch them live, get your tickets right now!